A Captain in Israel 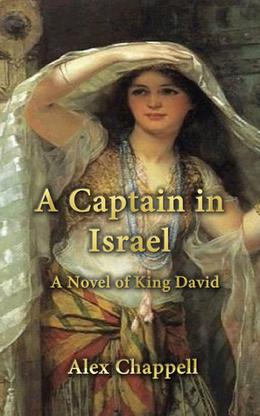 Michal loves him, Tobiah yearns to fight for him, and Mara inadvertently witnesses an attempt against his life. When David, son of Jesse, enters Saul's service, it forever alters history and lives.

Tobiah ben Caleb didn't know what Samuel meant when he anointed David to be a "captain in Israel." He certainly didn't expect his cousin to become a king's harpist or slay a Philistine giant; but when Tobiah follows David to Gibeah, he gets more than he bargained for. First he loses his heart to a beautiful girl, next he nearly loses his life.

As Mara and Tobiah's feelings for each other deepen, treachery and intrigue threaten to tear them apart. Saul has arranged a deadly trap to destroy David and Tobiah, and Mara's father intends to give her as a concubine to Ish-bosheth, Saul's son.

Can faith in God keep Mara and Tobiah together? Or does God have other plans for them? One thing is certain - it will take His power to save their hearts and preserve their lives.
more
Amazon Other stores
Bookmark  Rate:

'A Captain in Israel' is tagged as:

Similar books to 'A Captain in Israel'

Buy 'A Captain in Israel' from the following stores: