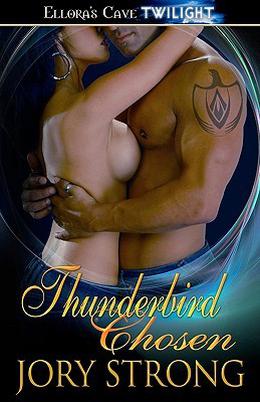 Micah Blueby Amarinda Jones A demon has been waiting one hundred and twenty years for the next chosen one who commands the power of the sapphire. He will stop at nothing to make that woman his own. He needs her power to survive. When a fortuneteller gave Micah Blue a lump of blue rock, the drought in her sex life came to a screaming halt. Dark, erotic dreams of a stranger haunt her nights and a tattooed builder drives her wild with lust during the day. Both men are wicked. One wants to enslave her and one just wants to love her. Ned Langford will do whatever it takes to thwart the demon and keep Micah at his side. Sapphire Teaseby Marilu Mann Ever have your clothes removed by a sexy man as punishment? What if you were trying to steal from him and he is determined to teach you a heated intimate lesson you will never forget? Cath Monroe learns just how much she can take from the man she mistakenly marks as an easy target. Kentaro Ramon introduces the lovely thief to more than his mastery of weapons in this very erotic game of cat and mouse. Winning Bessby Marissa Alwin 1847 Ireland was a place of hardship and devastation, and Bess and her father wouldn't have been able to escape without Colm Devaney. But Bess' feelings for Colm go well beyond gratitude. Now they find themselves together in an immigrant neighborhood in New York City, sharing close quarters. And Bess wants to get even closer. Three things aid Colm's survival-a small bit of savings, his ready fists and his desperate desire to have Bess...in every way possible. Every night he spends in their cramped shack, trying to force himself not to peek at her luscious body as she bathes, is pure torture. The few stolen minutes of passion they finally share are heavenly but leave them both fraught for more. Determined to win Bess and take her far from their dirty, dangerous life, Colm sets his eyes on another prize-an exquisite sapphire that goes to the winner of the fiercest prizefight in Five Points. Lia's Warriorby Natasha Moore As Guardian of the Sapphire Moon, a crystal globe with a sacred sapphire embedded in the center, Lia must witness couples mating after they receive the Moon's blessing. But she can never enjoy the pleasures of the flesh herself. Weary warrior Roark has come back home to try to forget the horrors he's lived through. He always believed Lia was his true mate and his body heats with desire for her. Then he's told it's forbidden to mate with the Guardian. How can he ignore the lust rising between them? But a warrior doesn't take no for an answer. Plaything by Rena Marks Plaything follows Boy Toy but can be read as a standalone story. Jessie has no idea why she agreed to help Silver's sister Scarlett, but something sends her off to a strange city. When her best friend Nina shares with her the story of Silver giving her a magical pendant that controls a boy toy for his birthday month, Jessie wants the same. Yet voodoo creeps her out-you can't trust it. Then she meets Levi Garrett, the resident boy toy. Mr. Alpha Male to a fault, Jessie would love to tell him where to go after telling him exactly how to please her. She has the sapphire pendant but instead of getting a boy toy, Jessie becomes the plaything.
more
Amazon Other stores
Bookmark  Rate:

'Thunderbird Chosen' is tagged as: