The Invitation (The Marriage Diaries #5) 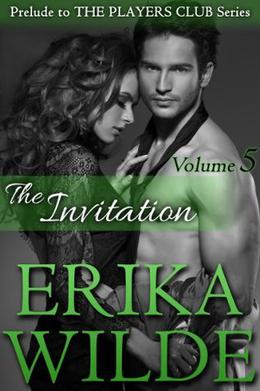 Jillian is more than willing to accept her husband's invitation, and together they enter a provocative world where boundaries are pushed to the limit, pleasure is the ultimate goal, and Dean is able to embrace those darker desires he's kept a tight rein on all these years.

But when Dean's alpha tendencies extend outside of the bedroom, a battle of wills ensues, and it's up to Jillian to show her husband that she's all for submission games in the playroom, but when it comes to her needs outside the bedroom he'll have to learn to compromise.

'The Invitation' is tagged as:

The 'The Marriage Diaries' series

Similar books to 'The Invitation'

All books by Erika Wilde  ❯

Buy 'The Invitation' from the following stores: