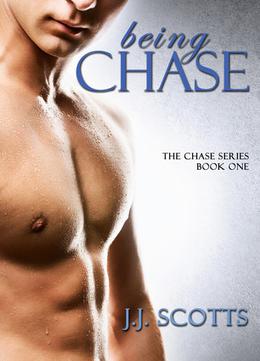 Being Chase
The Chase Series (Book One)

Wouldn’t it be nice to be a celebrity?

Liam Collins is desperate for a job. Forced to jump to the big city, he can’t believe his luck when he suddenly gets an offer from a prestigious publishing company. Absolutely ecstatic, Liam doesn’t even bother reading the details. But on his first day of work, he isn’t ushered to a quaint cubicle. Instead, he’s brought to a classy high-rise and told that he’s been hired to be the face of the best-selling author, Chase Preston.

When Liam first meets Chase, he’s so captivated by the mysterious man’s imposing figure and deep-set eyes. Maybe Liam really did get lucky.

All Liam has to do is go to fan meetings and award events as a stand-in for Chase. It actually doesn’t sound bad, but Liam soon realizes that being with Chase is harder than it appears. Despite the challenges of Chase’s arrogant attitude, Liam puts up with it. What he finds difficult to put up with is Chase’s sexy body and brilliant blue eyes.

Even worse, the feeling may be mutual.
more
Amazon Other stores
Bookmark  Rate:

'Being Chase' is tagged as:

Similar books to 'Being Chase'

All books by J.J. Scotts  ❯

Buy 'Being Chase' from the following stores: