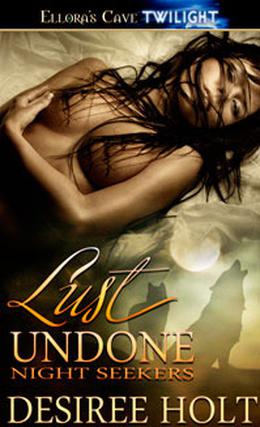 Book 3 in the Night Seekers series.

Clint helps her with the case, using his knowledge of the area in which he lived. As they learn each other's secrets, it's obvious to both of them they're meant to be together. Mated. But the Chupacabra is out in the snow, hunting human prey.
more
Amazon Other stores
Bookmark  Rate:

'Lust Undone' is tagged as: