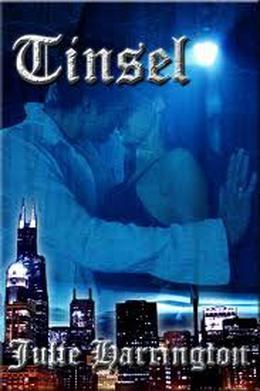 By night he is Fury, a solitary figure protecting the streets of Chicago. Defender of victims who fall between the cracks of Justice and Law, he was spawned by violence--forged by gunfire, blood, and tragedy. By day he is Hunter Grayson, widower and ex-cop. With no room in his life for compassion or distraction, Hunter has one goal: Find the men responsible for his wife's murder and bring them to justice.


His mission leads him to Grace Locke.


Unlike the hundreds of other faceless victims he's rescued, Hunter finds himself drawn to her. The attraction is equally unsettling for Grace, who doesn't understand how she can share a bond with the vigilante in black leather, yet knows the electricity between them is undeniable.


To ignore it is impossible. To accept it is lunacy.


As Grace is seduced deeper into Hunter's world of night and shadows, the secrets of the past-- secrets someone would kill to protect-- are resurrected. As the danger moves closer, Grace must place her life and her heart in the hands of a man whose face she's never seen... or die.
more
Amazon Other stores
Bookmark  Rate:

'Tinsel' is tagged as:

Buy 'Tinsel' from the following stores: