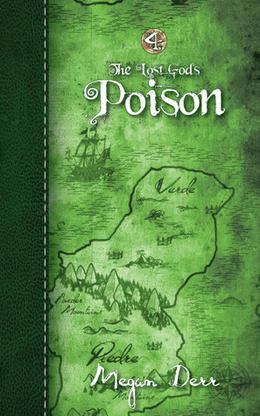 Nine gods ruled the world until the ultimate betrayal resulted in their destruction. Now, the world is dying and only by restoring the Lost Gods can it be saved.

Verde is ruled by the mortal reincarnations of their Lost Gods: the Faerie Queen, the Pegasus, and the Unicorn, slain nine centuries ago at the base of their Sacred Oak. Every one hundred years, the tragedy repeats itself, plunging Verde ever deeper into despair.

Now, the Tragedy of the Oak draws near and Gael, the Unicorn, grows increasingly afraid because of a dark secret kept by the Three: If he cannot find a way to break the tragic cycle, the Twelve White Beasts and his secret lover are cursed to die right alongside him.
more
Amazon Other stores
Bookmark  Rate:

'Poison' is tagged as:

The 'The Lost Gods' series

Buy 'Poison' from the following stores: