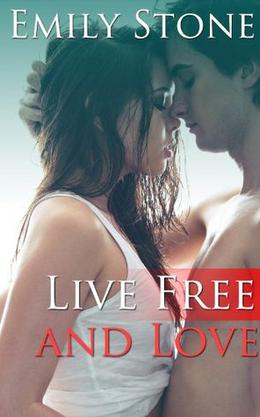 The daughter of an angry alcoholic father and a mother who preferred to turn a blind eye to everything, Kristina was more than happy to leave behind the small town of Humble, Texas for the cities and freedom of the East Coast to become a journalist.

But in doing so, she left someone behind: her childhood best friend Danny, who was the rock of her life, who had always been there for her when she needed him, and who stole Kristina's heart with a blushing kiss one warm summer night when they were children. Danny enlisted in the Marines like all the other men in his family. Though the two promised to keep in touch, the sheer distance of their world and Danny's deployment to Afghanistan slowly widened the rift between them until he all but disappeared from Kristina's life.

When she comes home years later and spies Danny at the annual fair, she finds herself tumbling head-over-heels for the boy--now a man--who stole her heart all those summers ago. Now, it's Kristina's turn to be Danny's rock and be there for him when he needs her the most. But Danny's imminent re-deployment looms over their reunion and soon Kristina must come to terms with the harsh reality that just as they're finally together after all this time, he might be taken from her once again.
more
Amazon Other stores
Bookmark  Rate:

Buy 'Live Free and Love' from the following stores: