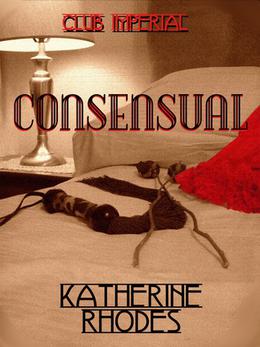 The door read: Tessa Saint.
The truth was: she was nothing of the sort.
Even the name was a lie.

The woman most men fantasized about, a domme, a walking wet dream, and a master with a whip, Tessa Saint took charge and delivered on that fantasy. But Emmy--the woman Tessa became once she walked out the door of the club--was getting tired of the game. It was time to try the vanilla life.

The door read: Nathaniel Walsh
The truth was: the man was an open book
Emmy was interested in reading.

Nathaniel was instantly attracted to the enigma of Emmy, and against her better judgement she lead him into her world of whips and blindfolds, kink and domination. Having a man unencumbered with perceptions of her lifestyle, Emmy could not resist Nathaniel at the tip of her lash, his willing bedroom submission.

The door read: Club Imperial
The truth was: Emmy hid there in the dark for a reason.
She should never have left the comfortable shadows.

Her secrets would find a way to the light- and it was only time until Emmy's lies were torn away and the truth revealed. Nathaniel wasn't ready for that.

'Consensual' is tagged as:

All books by Katherine Rhodes  ❯

Buy 'Consensual' from the following stores: