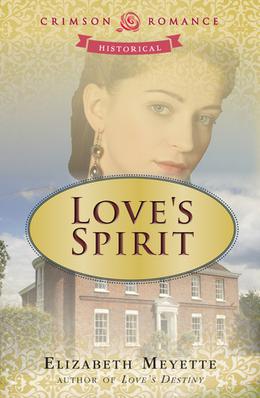 Emily Brentwood’s ultimatum to return to England led to her husband’s capture by British troops, but she learns he has escaped and is still alive. She is overjoyed to be unexpectedly reunited with her husband, but Emily is appalled by Jonathon’s injuries at the hands of the British, and she blames herself for his imprisonment and torture.

Separated again when he is forced into hiding, Emily clings to his promise to be with her for the birth of their baby. Boldly, she confronts the British officer who attempted to rape her, and she defies the woman who wants her dead.

Still suffering from his wounds, Jonathon risks his life to reunite with Emily, but their time together is cut short by threats from the British and the scandalous demands of his former lover. Jonathon’s physical pain pales in comparison to the torment he feels when he betrays Emily. Standing in the way of their happiness is a British officer with a personal vendetta, and a woman whose vicious intentions threaten Emily’s life. Torn between anguish over his betrayal of Emily and his need to ensure her safety, Jonathon risks recapture and certain death when he returns to Brentwood Manor knowing that British soldiers scour the countryside for him.

Both Jonathon and Emily must overcome their guilt and trust that love’s spirit will triumph over the obstacles that threaten to keep them apart. Swirling around them is a war in which a new country is born from a demand for liberty and a new love is sparked in the midst of rebellion.
more
Amazon Other stores
Bookmark  Rate:

'Love's Spirit' is tagged as: