A Family for Christmas 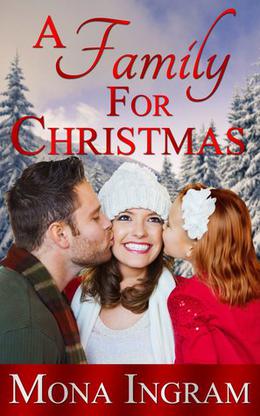 Unlucky in love, Maddie LaRocque moves to Calgary at the urging of her former college roommate. Maddie's luck goes from bad to worse when she's laid off from her job two months before Christmas. Undeterred, she sets up a gift wrapping business in the lobby of the Drummond Building in downtown Calgary where she meets Annie, a ten-year-old who has recently lost her parents.

When Maddie falls into the arms of the building's maintenance man it looks as though her luck is changing, but she soon learns that Brent isn't who she thought he was.
Maddie's roommate Lily hasn't fared too well in the romance department either, having been used for her beauty and Asian heritage by a man in Calgary.

The moment Chase Drummond spots Lily, he's stunned by her beauty, but Lily resists his advances, unwilling to have her heart broken by the most eligible bachelor in town.

Will a young orphan girl be able to convince the two women that love is the best gift of all this Christmas?

This book has a new cover/title as of May 2013
more
Amazon Other stores
Bookmark  Rate:

'A Family for Christmas' is tagged as:

Similar books to 'A Family for Christmas'

All books by Mona Ingram  ❯

Buy 'A Family for Christmas' from the following stores: