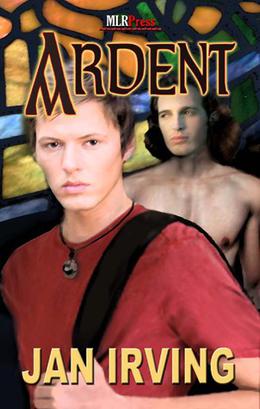 It sounded like something from one of the graphic novels Jaime Anderson aspires to create, but Arden Kaller is real. Once the lover of Jaime's older brother, his blood coats Jaime's lips the first night he hits town when he heals him after Jaime is involved in an altercation in a brick-lined alley. Arden has spent long years studying his amphora, his pot shards. How can a small town boy exert such a hold on him? But it isn't long before he tricks Jaime into wearing his mystical token.

Jaime's life is complicated enough just handling classes. Now his guitar-playing friend Mondo turns out to be a werewolf who wants Jaime to be his-and then there is Arden, his dark, dangerous, and slightly nerdy vampire lover.
more
Amazon Other stores
Bookmark  Rate:

'Ardent' is tagged as:

All books by Jan Irving  ❯

Buy 'Ardent' from the following stores: