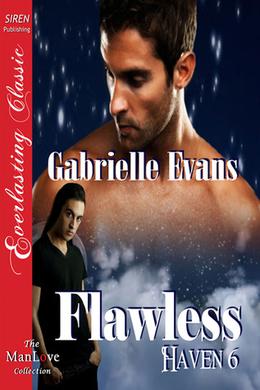 Being mauled by a werewolf and claimed in front of an audience is not the romantic experience Lynk Braddock envisioned for his mating. Strong and dominant Kieran is everything he craves in a partner, but the man is also kind—something Lynk fears his dark past will destroy.

Kieran Delaney can see the need for surrender in Lynk’s eyes, and all he wants is to wrap him up and protect him from the world. Still, while Lynk’s submission soothes his wolf, Kieran wants a partner, not a doormat.

The race is on to find the remaining Braddock witches, and an allying coven suddenly becomes their enemy. With a vampire convinced Lynk is his mate—going so far as to bite him—the Council steps in to find the truth. Will Kieran and Lynk’s relationship crumble under the politics? Or can they prove their love is meant to last for eternity?
more
Amazon Other stores
Bookmark  Rate:

'Flawless' is tagged as:

Buy 'Flawless' from the following stores: