The Last Awakening (Curse of the Phoenix #2) 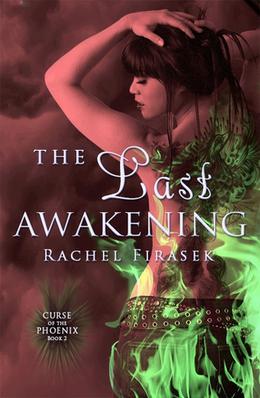 For three hundred years, Arabella’s life has been one meaningless death after another. In a cruel twist of fate, Osiris–god of the Underworld–gifts the phoenix her mortality and returns her voodoo magic. If she fails to harness her wayward magic and save a man worthy of a second chance, she’ll forfeit her power and her soul–forever.

Ex-soldier Greyson Meadows desperately wants to be freed from the nightmares and guilt that haunt him after the tragedy that brought him and Ari together. Confronted by the waif of a woman who forces him to face his worst fears, he resists, fighting the need to keep his personal demons hidden instead of setting them free.

When Ari becomes the target of her own magical blunder, it’s not just her life in danger, but now the one of the man she loves.
more
Amazon Other stores
Bookmark  Rate:

'The Last Awakening' is tagged as:

The 'Curse of the Phoenix' series

Similar books to 'The Last Awakening'

Buy 'The Last Awakening' from the following stores: