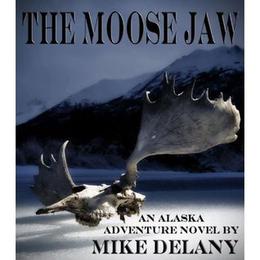 Strange things happen in the Alaska bush. The native Alaskans say that a white man, too long alone out there will go mad. Gus O'Neill suspects it may have happened to him. His two best friends, Hard Case Calis the old Alaska State Trooper, and Haywood Jennings the flying veterinarian think so too. Gus spends a summer on Moose Jaw Creek where he builds a cabin, finds a ravaged red-haired beauty he comes to love, and murders the man who had sexually molested her. When Haywood flies in to join Gus for a moose hunt he finds his friend alone and raving. There is no evidence that Gus' redhead or the dead man he claims to have killed ever existed.
Gus is baffled by the disappearance of his woman and the body of his victim, but he agrees to join Haywood on a moose hunt. While getting in position to drive a large bull toward Haywood, Gus is attacked by a giant grizzly that has been stalking him. He manages to kill the bear but is badly mauled in the process. Haywood finds Gus and the dead bear, and flies his injured friend back to Fairbanks for treatment. The following day Haywood returns to Gus' cabin with Hard Case to deal with the dead bear. During the flight they discuss Gus' condition and his weird tale about the woman he had found and the man he'd killed. They agree Gus must have gone a little crazy while out there alone. Things become complicated when, back in the woods near Gus' cabin, they find no bear carcass. Haywood insists he had seen and touched its dead body just yesterday. The two friends return to Fairbanks as mystified as Gus. When Hard Case unearths an unsolved case file that dates back more than forty years, it becomes clear that Gus may not have imagined the woman or the murder after all. Strange things happen in the Alaska bush.
more
Amazon Other stores
Bookmark  Rate:

'The Moose Jaw' is tagged as:

Similar books to 'The Moose Jaw'

All books by Mike Delany  ❯

Buy 'The Moose Jaw' from the following stores: