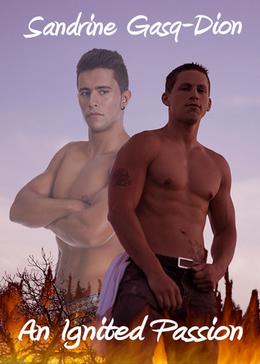 Preston Dalton knows who his mate is. At thirteen he met the wolf who would eventually become his. The problem? His mate was only seven. Eleven long years have passed and Preston is finally going to tell his mate who he is. Imagine his surprise when he finds Wyatt Quinton in the arms of another man.

Wyatt Quinton knows he has a mate. They met when he was seven; he’s sure of it. But his family – wanting him to grow up before worrying about a mate – finally convinces him that he just imagined the whole thing. So Wyatt takes a chance at love, dating the beautiful and available Sebastian Price.

When one of Sebastian’s bad ideas lands Wyatt in hot water, he's given community service at the Seattle Fire Department where hard-nosed boss Preston Dalton seems to be out to get him. Wyatt can’t stand him - but something about the tall, blond-haired, brown-eyed man has Wyatt fighting an internal fire. When he develops feelings for Preston, he’s beyond confused. Werewolves get one mate for life - so why does he want Preston Dalton when he’s sure he has a mate somewhere?

Secrets and betrayals of trust complicate everything. Can Wyatt and Preston come together as they were meant to be? Or will a broken trust and deception keep them apart forever?

'An Ignited Passion' is tagged as:

Similar books to 'An Ignited Passion'

Buy 'An Ignited Passion' from the following stores: