When the Sun Goes Down (Howl at the Moon #1) 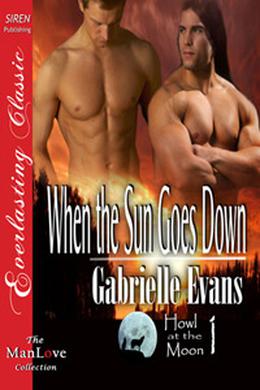 Lawton Thorne neither knows nor cares who started the war or who administered the blow that eradicated all technology. There is a new order, and the paranormals are stepping out of the shadows. Accidently biting and turning several men during his rescue missions, Lawton finds himself with a new pack to lead—and a reluctant mate who he can’t remember bringing home.

Quiet and unassuming, Daxton Roe has been cursed to walk the world alone for nearly two millennia. He’d only been trying to escape the guards when the big werewolf bit him and dragged him back to his den. The attraction is instant, but their relationship was doomed before they ever met. The world might have changed, but Daxton’s bewitchment hasn’t.

On the run, with The Regime breathing down their necks, it won’t be easy to break Daxton’s curse, but it’s a challenge Lawton is prepared to win.
more
Amazon Other stores
Bookmark  Rate:

'When the Sun Goes Down' is tagged as:

The 'Howl at the Moon' series

Similar books to 'When the Sun Goes Down'

More books like 'When the Sun Goes Down'   ❯

Buy 'When the Sun Goes Down' from the following stores: