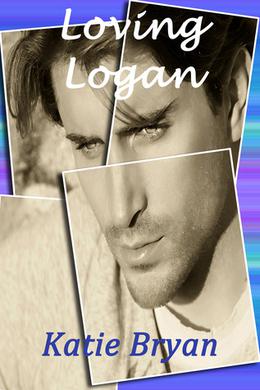 Fun, flirty, and a little bit sexy... If you like romantic comedy with a Christmas theme, a sexy rich guy, an Irish heroine who mutters in Gaelic, a crazy bet, a long held secret, and lots of pets then chances are, you’ll enjoy LOVING LOGAN.

What Bailey O’Donlan wants this Christmas is for Logan Mitchell, the only man she's ever loved, to disappear before he learns her secret.

She's not asking much. After all, Mitch has disappeared before. Bailey’s seen neither hide nor hair of him in eight long years, ever since the Christmas Eve she climbed through his bedroom window with stars in her eyes.

Instead, what she gets is one stray golden retriever, one conga-dancing basset hound with nervous gas, four kittens, and two brothers who can’t wait to meddle in her life.

Rich and successful, Logan has come home to stay, and to escape from being Society magazine’s Most Eligible Bachelor. Ever since the magazine hit the newsstands, he’s been getting letters. And not just your typical fan mail kinds of letters, either. He’s getting marriage proposals by the truckload, and strange women are asking him to father their children. He’s got pictures of women in all manner of dress and some not dressed at all.

When Bailey embarrasses him in front of their friends, he foolishly accepts a bet offered by Bailey’s brother Greg--that Logan can make Bailey fall in love with him again before Christmas day. But Logan’s plans to win Bailey over get completely derailed when he learns that she’s already in love--with the man who left her with a broken heart and a young daughter.

The O’Donlan clan has another agenda, however, and it’s not long before Bailey and Logan square off with super-soakers, bologna and brussels sprout casseroles, beer-drenched shirts, a freakish late night pizza delivery, secret decoder rings, a mob of big-haired women, and some wild entertainment called Foreplay.

So what’s going to happen when Logan finds out that Bailey’s daughter is his?
more
Amazon Other stores
Bookmark  Rate: