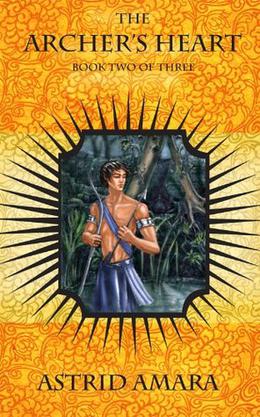 In the ancient kingdom of Marhavad, noblemen dominate the lower castes, wielding mystic weapons, known as shartas, against any who oppose them. For generations the rule of Marhavad’s kings has been absolute. But now the line of succession is divided, and whispers of revolution are heard in even the royal palace.

Keshan Adaru, an outspoken man of unearthly charms, welcomes these changes. All his life he has foreseen an uprising that will shatter the castes and end the tyranny of the old laws. His visions have driven him but now, at the brink of their fulfillment, he finds himself obsessed with Prince Jandu Paran– a man whose entire family must be destroyed if the kingdom is to be freed.

Tarek Amia would gladly see Jandu Paran brought low. Born the son of a charioteer, Tarek has no love for the royal princes who have slighted and insulted him all his life. Only Keshan’s philosophies have elevated him from the brutal ranks of common soldiers. Tarek owes Keshan his devotion, but he is a pragmatic man and when he discovers Keshan’s reckless affair he realizes that Keshan may have to be sacrificed for the sake of his own revolution.

Young Prince Jandu Paran has never concerned himself with court intrigue. His life has been dedicated to the lordly art of archery and mastering the immense powers of the shartas. Handsome and arrogant, he is sure that no man can surpass him and yet Keshan Adaru’s mere touch brings Jandu to his knees. But his desire for Keshan is more than forbidden; it threatens to destroy Jandu’s pride, position and family. In the midst of this turmoil, an unspeakable event forces Jandu to redefine the meaning of honor and loyalty.

And now, as armies arise to war, each man must decide where his allegiance lies and what he will sacrifice in his heart and on the battlefield.
more
Amazon Other stores
Bookmark  Rate:

'The Archer's Heart Book Two' is tagged as:

The 'The Archer's Heart' series

Buy 'The Archer's Heart Book Two' from the following stores: