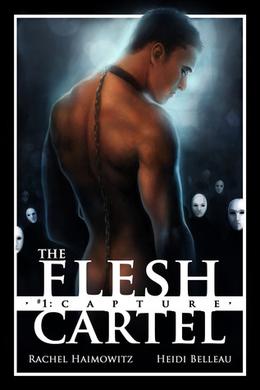 In this first installment of the exciting new psychosexual thriller, The Flesh Cartel, orphaned brothers Mat and Dougie Carmichael are stolen in the night from their own home. Taken to a horrifying processing facility, they are assessed, microchipped, and subjected to unspeakable brutality—all in preparation for sale to the highest bidder.

In a world where every person has a price, the beautiful and subduable PhD student Dougie is highly prized. His brother, a rough-edged MMA fighter, is less desirable—and potentially too dangerous—but he still has his own appeal.

Abused and locked up under round the clock surveillance, with no idea where they are or even why they’ve been taken, escape seems impossible, which leaves staying together their only hope. And after being separated once by the foster system, they'll do anything to keep it from happening again. Anything at all.

'The Flesh Cartel #1: Capture' is tagged as:

The 'The Flesh Cartel' series

All books by Rachel Haimowitz  ❯

Buy 'The Flesh Cartel #1: Capture' from the following stores: