The Saxon Bride (The Norman Conquest #1) 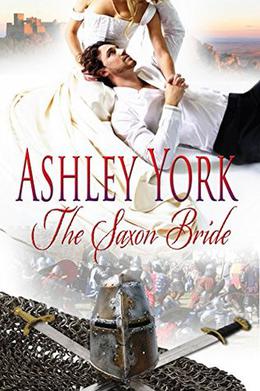 In war torn England the battle lines between Saxon and Norman are clearly drawn. The Saxons must fight for everything they have in the hopes of winning their country back from the Normans who are determined to break their resistance.

Rowena Godwinson, the sole remaining member of the defeated royal family, stands proudly against the Normans that would trample them underfoot but her nobility and grace make her an ideal pawn in the Norman King William’s play for power with the Saxon people. When he decrees she marry a powerful Norman knight, her subjugation appears to be complete. The handsome soldier with the kind brown eyes and gentle touch is a threat to her determination to defy the interlopers. Can she hold firm to her Saxon heritage and refuse to give in to his advances?

John of Normandy wants only to prove himself worthy of the king's trust. He is rewarded for his service and loyalty with land, titles and a Saxon beauty for a bride. John balks at the marriage, driven by the secret guilt of knowing Rowena's father would still be alive if not for him. However, John's reluctance is soon replaced by a burning desire to please this woman and win her over as well as her people.

As their people look to them for guidance and peace, can John and Rowena find a love that unites all of England?
more
Amazon Other stores
Bookmark  Rate:

'The Saxon Bride' is tagged as:

The 'The Norman Conquest' series

Similar books to 'The Saxon Bride'

Buy 'The Saxon Bride' from the following stores: