Worth the Price (Circle of Friends #1) 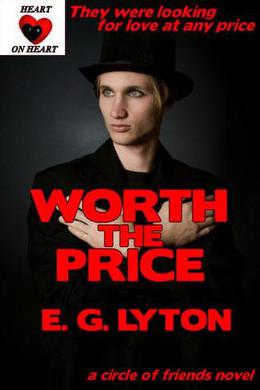 In Regency England Sebastian Worthing has no choice but to sell himself to the highest bidder. With his father dead in a rather public suicide; his fortune lost and his brother Harmon missing in the Iberian peninsula, it falls to nineteen-year-old Sebastian to restore the family fortunes and provide some semblance of security for his mother and four sisters. Sebastian doesn't expect to be attracted to the man who buys his company at a shockingly high price -- much less the murder attempts, blackmail and old buried secrets which will lead him to wonder if love is Worth The Price.
more
Amazon Other stores
Bookmark  Rate:

'Worth the Price' is tagged as:

The 'Circle of Friends' series

Similar books to 'Worth the Price'

Buy 'Worth the Price' from the following stores: