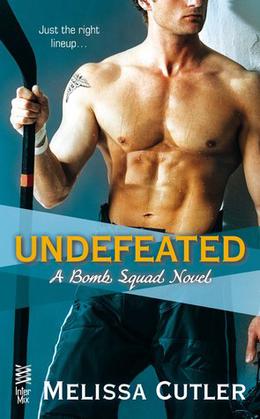 Welcome to Destiny Falls, New York, home of Bomb Squad—an ice hockey team full of rugged military heroes. The team’s battling a losing streak, but the season’s biggest game changer is one player’s second chance with the one who got away…

Yoga instructor Marlena Brodie is always up for a challenge, and her new job of snapping Bomb Squad out of their rut is definitely that, even though it means being in close contact with Liam McAllister, her high school crush gone bad. She can feel the damage pouring off of him—but also a wild and sexy strength that calls to her.

The Army turned Liam McAllister into a man, but as a combat medic, he saw far too much to ever be whole again. He’s not interested in the civilian world beyond his job as a carpenter, but he never stopped wondering what might have been with Marlena—and it isn’t long before she’s crashed through his carefully constructed walls. He longs for a new beginning with her, but to be the man she deserves, he’ll have to step out of his defensive zone and score the most important play of his life…

'Undefeated' is tagged as:

All books by Melissa Cutler  ❯

Buy 'Undefeated' from the following stores: