To Bite a Bear (Banded Brothers #4) 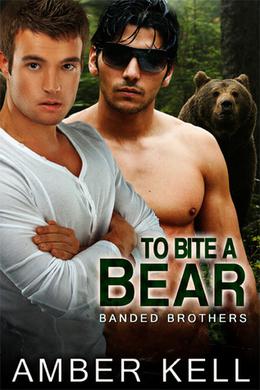 Sometimes you need a grand gesture to prove your love, and sometimes a bear hug will do.

Harris Bender had a crush on vampire leader Rohan, so when the alpha male requests him to paint a mural, he can only say yes. However, after a passionate encounter, Harris discovered Rohan is his mate. Is the carefree artist ready to settle down with one man even if he’s extremely hot?

Rohan had been looking for his blood bonded for centuries. One taste of the bear shifter’s blood and he knows he’s found the one. However, outside forces threaten to tear the couple apart. It will take more than a flash of fang to put them in their place.
more
Amazon Other stores
Bookmark  Rate:

'To Bite a Bear' is tagged as:

Similar books to 'To Bite a Bear'

Buy 'To Bite a Bear' from the following stores: