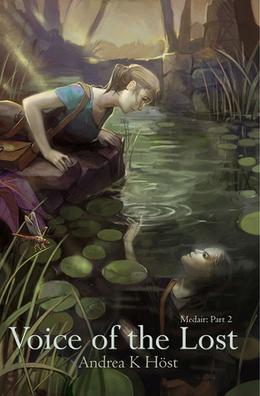 Medair an Rynstar wants only to leave. Five hundred years after the Empire she served fell to the Ibisian invaders, Medair has betrayed her Emperor's memory by helping the descendants of the invaders. She knows she will be reviled, that to thousands she is hero-become-villain. Her one goal is to return to the hidden cave where she slept out of time, and hope that she wakes in a world where the name Medair an Rynstar has been forgotten. Assassins, armies, and desperate magic complicate Medair's plan of escape, leading her inexorably to face the very people her choice has cost the most. She has learned that you can never return to your past, or run from the consequences of your actions, but can she find a way to live in defeat?
more
Amazon Other stores
Bookmark  Rate:

'Voice of the Lost' is tagged as:

Similar books to 'Voice of the Lost'

Buy 'Voice of the Lost' from the following stores: