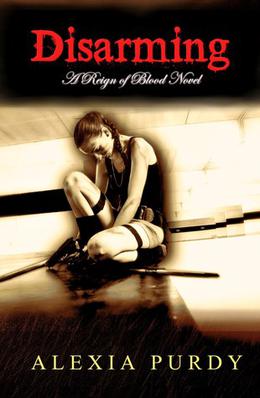 The world has changed. One must adapt to survive or hold on to the crumbling shards of humanity.

April continues to hold her fragile world together, but the ties that hold her family together are quickly unraveling. Rumors of a massive human underground settlement draw her to the shadows of the city once more in search of other survivors more like her, even with the hybrid vampires opposing her every move.

The darkness hides secrets along with the continued threat the Feral Vampires create, but a greater evil hides within the city. Something tells April that the humans will be less than welcoming of her, and that's if she can find them before the Vampires do. Joining sides with the enemy might be the only choice she has left.
more
Amazon Other stores
Bookmark  Rate:

'Disarming' is tagged as:

The 'Reign of Blood' series

Buy 'Disarming' from the following stores: