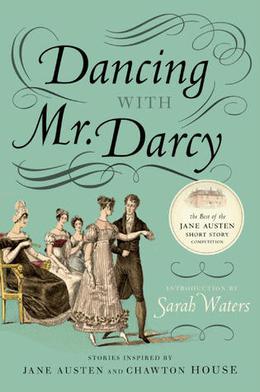 Traumatized by her parents’ decision to give up the rectory in Hampshire where she grew up, Austen had been unable to write for ten years. During that time she moved from one rented property to another and it was only when her brother Edward offered her a permanent home in his Chawton House Estate that she had the peace and security to pick up her pen again. All of her novels were written or published while she lived there.

Dancing with Mr. Darcy is the very best short fiction inspired by Jane Austen or Chawton House as judged by Sarah Waters, bestselling author of Tipping the Velvet and Fingersmith. In addition to featuring the winning piece of fiction and nineteen other stories, this anthology contains introductions from Sarah Waters, as well as from Rebecca Smith, the great-great-great-great-great niece of Jane Austen.
more
Amazon Other stores
Bookmark  Rate:

'Dancing with Mr. Darcy: Stories Inspired by Jane Austen and Chawton House' is tagged as: