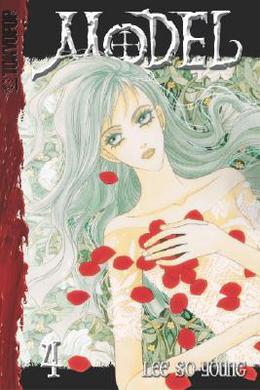 We open with a dream in which it seems Jae sees Michael, but she isn't sure. A premonition of the future? We then follow Ken's story of growing up on the estate with Eva. Taking the job as Michael's servant allows Eva and Ken to stay together. But Ken hasn't yet met Michael. Ken almost stumbles upon the two adults one night, but Michael quickly disappears and three more years go past before Ken next encounters the vampire, this time in a giant underground swimming pool that ends up being Michael's bathtub! (Eva agrees to be Michael's servant because it's the only way she and Ken can stay together and also because Eva loves Michael and wants to be near him. Also, Eva isn't his real mother, though it's unclear how they came together.) Two more years pass before he officially meets Michael. He tells Jae that when he met him, he knew he wanted Michael to be his father. Jae is surprised because Ken seems to hate Michael so much, she assumed he always hated Michael. Years later, Ken returns from vacation and finds Michael and Eva in bed together with two other women. Ken's idea of being a family is destroyed and he begins to hate Michael. Jae tells Ken that she sees them as one family. Ken admits he came onto Jae to get between her and Michael because he didn't want Eva to be hurt. Now he says he's falling for her. Meanwhile, Michael asks Jae to be with Ken since he and Eva can no longer give him the love he needs. Then he tells her Eva is Ken's mother and they share the same soul. But then Michael talks to Adrian and we learn that there's been a plot about bringing Jae here all along. She's supposed to fall for Ken. Jae is about to reveal the big secret that Eva really is his real mother when she passes out-as does Ken. Michael and Adrian carry them away.
more
Amazon Other stores
Bookmark  Rate:

All books by Lee So-Young  ❯