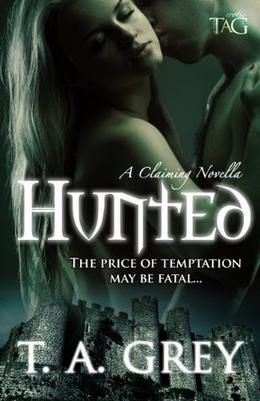 For years, Penelope Farris, has been narrowly escaped the soul-searing gaze of General Ryon Amadeus Ward. No other in the village has the kind of reputation he had: for being a true dominant. When she learns that the overly-possessive Ryon plans to fight any male competitors on Penelope's first Claiming Day—she is not happy. To win the Claiming is to win the female as a mate. Immediately following the male winning the female, he then consummates their partnership with a wild coupling filled with dominance and mind-numbing pleasure.

But Penelope doesn't think she wants Ryon. He's too big, too strong, too dominating, too everything for her. She wants someone a touch more submissive in her life. The days preceding her Claiming Day offers Penelope and Ryon the opportunity to test the bonds of their attraction to each other. Her greatest fear is of being caged by a man, but can Ryon let her run free even if it tears out his own heart to do it?

Other books by T. A. Grey:
THE BELLUM SISTERS SERIES
-Chains of Frost
-Bonds of Fire
-Ties That Bind
-The Fallen King

THE UNTOUCHABLES
-Take Me
-Tempting Gray

The 'The Claiming' series

Buy 'Hunted' from the following stores: