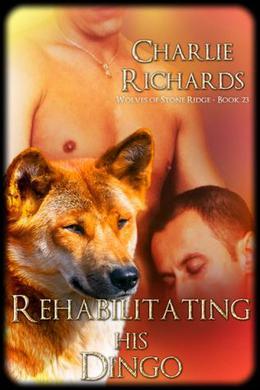 Out of the Cage: Sometimes, when something seems too good to be true, it isn’t.

When wolf shifter Yates Cruner helps save several humans from a dingo shifter pack using them as slaves, he doesn’t expect to find his mate among them. Oh, not one of the humans, but one of the surviving dingo shifters who has been beaten and abused just as much as the humans. It seems the dingo pack had one rule...I’m more dominant than you, I can do whatever I want to you. Yates realizes his little mate has a long road of healing ahead, and most of it isn’t for physical wounds.

Aryen Fowles learned his place early in life, keep his head down, kneel at the other shifter’s feet, and do whatever they ask. If he did that, he could avoid being punished. When a group of strange shifters take over the pack, the rules change. Aryen struggles to understand what’s expected of him. When one of the wolves offers him pleasures he’d never experienced before, he wonders if he could accept his offer at face value or was it too good to be true?

Content Warning: This story includes scenes of near rape and talk of dubious consent.
more
Amazon Other stores
Bookmark  Rate:

'Rehabilitating his Dingo' is tagged as:

Similar books to 'Rehabilitating his Dingo'

Buy 'Rehabilitating his Dingo' from the following stores: