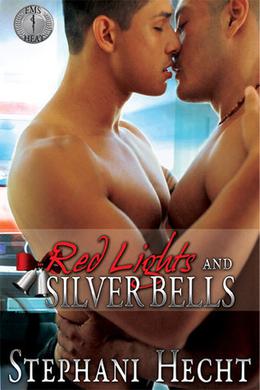 Since Dylan has found a home in Flint and the perfect man to share it with, life should be great. However, as the holidays approach, instead he finds himself being haunted by his past more than ever. Cut off from the rest of his family, this will be the first Christmas away from them and while it was they who shoved him away, Dylan continues to miss his parents. He still has his brother, Lucas, but things between the two have become more stressful than ever as they fight to come to terms with their past issues. Then Dylan gets the news that he will be having to work on Christmas and he sinks further into his holiday induced pity party. While he loves his job as a paramedic, the last thing he wants to be doing is spending the holiday away from his boyfriend, Kaleb.

Kaleb can see that Dylan is struggling with a bad case of Christmas blues. He wants nothing more than to make his man happy again, but everything Kaleb does only seems to make things worse. Kaleb knows something has to change and quick, though, before Dylan pulls completely away. Will Kaleb be able to turn things around in time, or will he forever lose Dylan?
more
Amazon Other stores
Bookmark  Rate:

'Red Lights and Silver Bells' is tagged as:

Buy 'Red Lights and Silver Bells' from the following stores: