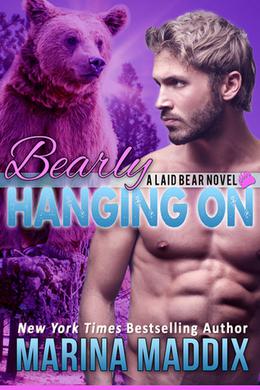 Nothing can stand in the way of a werebear and his woman…not even crazed valley girls!

Take a trip in the wayback machine to 1986, when the hair was big and the shoulder pads were even bigger. Yuppie bear shifter Chet Pearce is used to living the high life in L.A. His days (and nights) are filled with hot fashion, hot parties and hot chicks — and not necessarily in that order. So when he’s sent to a podunk British Columbia island to be initiated into his ancestral clan, he bristles under their restrictive rules and lack of awesome parties.

Punk isn’t just a type of music to curvy Crystal Witherspoon, it’s an attitude — and she’s got plenty to spare. Shuttled off to her grandparents after getting mixed up with the wrong crowd, Crystal does her best to fit in with all the ‘normal’ people in Port Numas but her rebellious nature can’t be contained by neon headbands and acid-washed mini-skirts.

Sparks fly when Chet and Crystal first meet, and it doesn’t take long before they realize they’re meant for each other. But their families have other ideas. Will old prejudices force them apart or will their bond be strong enough for them to survive on their own?

Bearly Hanging On is part of the Laid Bear series from New York Times & USA Today Bestselling Author Marina Maddix. It can be read on its own, but fans of the series will recognize Chet from Laid Bear and Laid Bear: The Kodiak Clan.
more
Amazon Other stores
Bookmark  Rate:

'Bearly Hanging On' is tagged as:

Similar books to 'Bearly Hanging On'

Buy 'Bearly Hanging On' from the following stores: