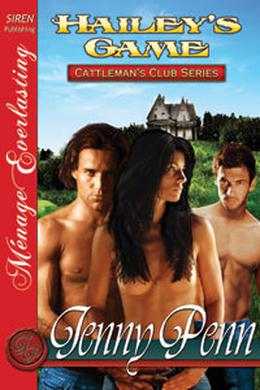 Cole Jackson and Kyle Harding haven’t got any doubts that Hailey Mathews is up to something, but they ain’t worried. They have their own wicked intentions and the full confidence that one little woman doesn’t stand a chance against two Cattlemen.

Hailey has had enough. Enough of Kyle and his smooth charm. Enough of Cole and his provocations. Not about to trust that either Cattleman has any interest in her other than playing a game, Hailey decides it’s time to show them how it’s done.

However, if things don’t go the way Hailey plans, the consequences might be more than she can pay.
more
Amazon Other stores
Bookmark  Rate:

'Hailey's Game' is tagged as: