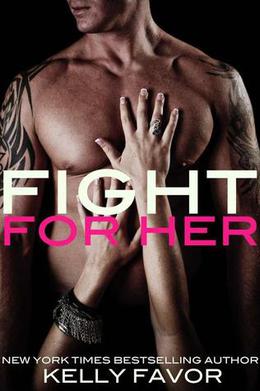 One word that describes Krista Everett: driven. She’s the youngest female executive in the UFF, an organization that’s poised to take over Las Vegas with the most exciting fights the world has ever seen.

But Krista has one problem, and his name is Noah Summers. Noah is the biggest star in the UFF, and he’s disappeared, walked away from the sport at his peak. Krista is tasked with getting him back to Las Vegas to take on the biggest fight of his career.

With her job on the line, Krista tracks Noah down to a small town in Western Massachusetts, and an isolated cabin high up in the mountains, away from the crowds that have haunted him since his rise to fame.

Unfortunately, the world’s most dangerous man isn't very happy to see Krista, and he doesn't want to hear anything about Vegas. That’s when Krista is forced to try any means necessary to get him back for one last fight—even if it means falling in love.

In the end, Krista and Noah will need to decide between their love for each other and their own self-interest. And they’ll both end up in the fight of their lives.
more
Amazon Other stores
Bookmark  Rate:

'Fight for Her' is tagged as:

The 'Fight For Her' series

Similar books to 'Fight for Her'

Buy 'Fight for Her' from the following stores: