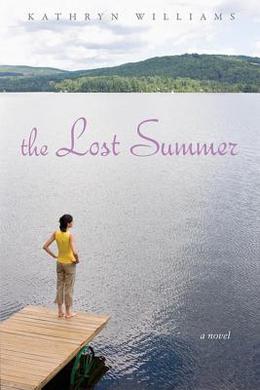 "I died one summer, or I almost did. Part of me did. I don't say that to be dramatic, only because it's true."

For the past nine years, Helena Waite has been returning to summer camp at Southpoint. Every year the camp and its familiar routines, landmarks, and people have welcomed her back like a long-lost family member. But this year she is returning not as a camper, but as a counselor, while her best friend, Katie Bell remains behind. All too quickly, Helena discovers that the innocent world of campfires, singalongs, and field days have been pushed aside for late night pranks on the boys' camp, skinny dipping in the lake, and stolen kisses in the hayloft. As she struggles to define herself in this new world, Helena begins to lose sight of what made camp special and the friendships that have sustained her for so many years. And when Ransome, her longtime crush, becomes a romantic reality, life gets even more confusing.

Told with honesty and heart, Kathryn Williams' second novel tackles the timeless theme of growing up, set at a camp where innocence is created and lost.

'The Lost Summer' is tagged as:

Similar books to 'The Lost Summer'

Buy 'The Lost Summer' from the following stores: