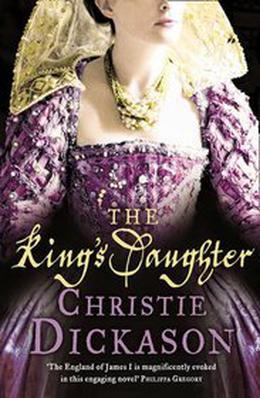 Superb historical novel of the Jacobean court, in which Princess Elizabeth strives to avoid becoming her father's pawn in the royal marriage market The court of James I is a volatile place, with factions led by warring cousins Robert Cecil and Francis Bacon. Europe is seething with conflict between Protestants and Catholics. James sees himself as a grand peacemaker -- and what better way to make his mark than to use his children in marriage negotiations? Into this court come Henry, Prince of Wales, and his sister Elizabeth. Their louche father is so distrusted that soon they are far more popular than he is: an impossibly dangerous position. Then Elizabeth is introduced to Frederick of Bohemia, Elector Palatine. He's shy but they understand one another. She decides he will be her husband -- but her parents change their minds. Brutally denied Henry's support, how can Elizabeth forge her own future? At once a love story, a tale of international politics and a tremendous evocation of England at a time of great change, this is a landmark novel to thrill all lovers of fine historical fiction.
more
Amazon Other stores
Bookmark  Rate:

'The King's Daughter' is tagged as:

Similar books to 'The King's Daughter'

All books by Christie Dickason  ❯

Buy 'The King's Daughter' from the following stores: