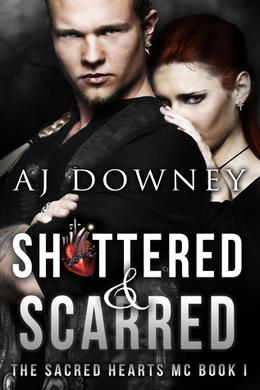 
Ashton Granger is a perfect wife to her husband. She has to be, if she's not, he will find a way to correct any perceived imperfections. Such is life, and so it has been for a very long time, eroding Ashton's sense of self, cracking her sense of worth until she lays in a million pieces on the side of a stretch of lonely highway.


Ethan "Trigger man" Howard is the Sergeant of Arms for The Sacred Hearts Motor Cycle club. After several tours as a Marine Corps sniper overseas, he's seen and done enough damage for a man three times his age. He's out. Done. So over it, and home to nurse his wounds, physical, emotional and psychological with the help of his MC brothers. Now he simply deals with the scars that life handed him.

Was it more than just luck for he and Ashton both that he was the only other soul traveling that isolated stretch of highway that night?

'Shattered & Scarred' is tagged as:

The 'The Sacred Hearts MC' series

All books by A.J. Downey  ❯