Secrets of Truth and Beauty 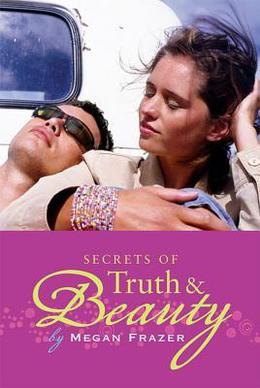 And the first runner up is... When Dara Cohen was little, she was a bright, shiny star. She was the cutest seven-year-old who ever sang Ella Fitzgerald, and it was no wonder she was crowned Little Miss Maine.

That was then. Now Dara's seventeen and she's not so little anymore. So not little, that when her classmates find out about her illustrious resume, their jaws drop. That's just one of her many problems. Another is that her control-freak mom won't get off her case about anything. Yet the one that hurts the most is the family secret: Dara has an older sister her parents tried to erase from their lives.

When a disastrously misinterpreted English project lands her in the counselor's office--and her parents pull her out of school to save face--Dara realizes she has a decision to make. She can keep following the rules and being misunderstood, or she can finally reach out to the sister she's never met--a sister who lives on a collective goat farm in Massachusetts. Dara chooses B. What follows is a summer of revelations, some heartbreaking, some joyous; of friendship, romance, a local beauty pageant; and choices. And as autumn approaches, Dara finds she may have to let go of everything she's taken for granted in order to figure out who she really is, and what family really means.
more
Amazon Other stores
Bookmark  Rate:

'Secrets of Truth and Beauty' is tagged as:

Similar books to 'Secrets of Truth and Beauty'

More books like 'Secrets of Truth and Beauty'   ❯

Buy 'Secrets of Truth and Beauty' from the following stores: