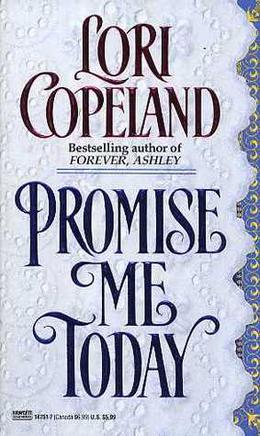 The three wily and beautiful McDougal sisters could swindle a man faster than it took to lasso a calf.

But their luck was running out when the wagon hauling the sisters to jail came under attack by Comanches. Then a dumbfounded Abigail watched as Amelia and Anne-Marie were swept off by rugged rescuers—while she got stuck with an impossible twit of a shoe salesman, Mr. Hershall Digman.

Stealing Digman's horse and riding to the nearest town seemed easy as pie—until Abby found top secret papers in the saddlebags. Why, the lying, conniving little sneak was a Confederate spy!

To prove it, the man who came storming after her was no mincing dandy in a bowler hat but a devilishly handsome captain in the Confederate Army. Barrett Drake wanted his papers. Well, she wanted a ride back home. With murder in their eyes and growing lust in their hearts, they embarked on Drake's mission together, knowing that when fire and kerosene mix, the flames may burn out of control...
more
Amazon Other stores
Bookmark  Rate:

'Promise Me Today' is tagged as:

The 'Sisters of Mercy Flats' series

Similar books to 'Promise Me Today'

All books by Lori Copeland  ❯

Buy 'Promise Me Today' from the following stores: