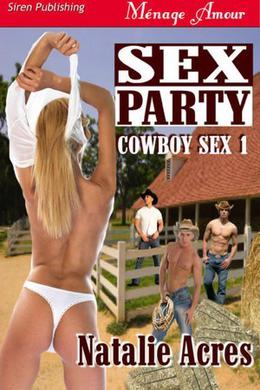 She’s a rebel and drop-dead gorgeous. She isn’t just the girl-next-door. She’s a billboard for the typical blonde-haired, blue-eyed babe and a known hellion in her small southern town.

Peyton Storm has the world by its throat until her world spins out of control with the unexpected. Her goals and dreams are shattered as opportunities slip out of reach.

Enter Braden, Kane, and Evan Cartwell. The Cartwell brothers offer Peyton a roof over her head and the security she needs. Soon, Peyton finds herself surrounded by a real family, but she’s after far more than friendship, and she’ll pull a few capers here and there to gain the attention she most desires.

In the middle of Peyton’s games, an unforeseen attack places her in a psychopath’s line of fire. Afterward, the Cartwell brothers realize what they almost lost, and they’re forced to acknowledge the feelings they share for Peyton. Promising a special kind of commitment, Kane, Braden, and Evan ask Peyton for her complete submission, but gaining her compliance is more complex than they anticipate.

Note: There is no sexual relationship or touching for titillation between or among siblings.
more
Amazon Other stores
Bookmark  Rate:

'Sex Party' is tagged as: