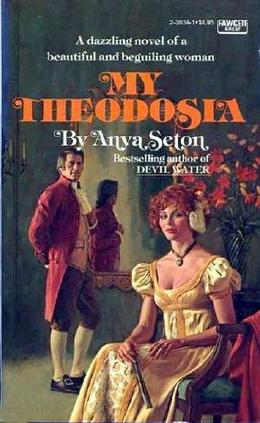 Theodosia's father is Aaron Burr--Thomas Jefferson's vice president, most famous for his great duel with Alexander Hamilton. With charm and tenderness, he holds sway over young Theodosia's heart, but his arrogance forces her to choose between the man he insists she marry and her love for a young soldier who will turn out to play a decisive role in her father's fate. Persuaded by Aaron that she will soon be crowned princess of the Kingdom of Mexico as a result of his treasonable plans, she is received like royalty on Blennerhassett Island, only to end up trying to exonerate him as he awaits trial in a Richmond jail, repudiated by his fickle son-in-law and friends.
more
Amazon Other stores
Bookmark  Rate:

'My Theodosia' is tagged as:

Similar books to 'My Theodosia'

Buy 'My Theodosia' from the following stores: