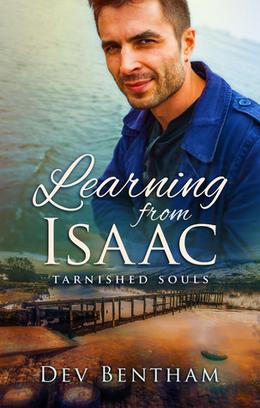 It’s hard to break out of a rut. For years, Nathan submerged himself into his job at St. Genevieve’s. He enjoys teaching, hates faculty meetings, loves his science and has committed himself to the cycle of college life. Along the way, he's become resigned to being a gay man in a straight culture, a Jew among Catholics, and single in a world of couples. Then the brilliant Isaac Wolf appears in his classroom. Isaac’s a few years older than his fellow students, gorgeous, self-composed and Jewish.

Isaac has his own secrets, which Nathan finds out at the racy new club downtown where the boys who dance out front can be bought in the back room. Nathan thinks he’s about to get a lap dance, but behind the beaded curtain the man on his knees turns out to be Isaac. Nathan's mind isn't the only thing Isaac blows. Afterward, Nathan can't stop thinking about that night. The question is whether Nathan can let himself fall in love with a student, much less someone with Isaac’s checkered past. Is it too late for a student to teach his professor the true nature of love and respect?

This is a revised, author’s edition of the first Tarnished Souls story, originally published in 2012 by Loose Id.

Publisher's Note: This book contains graphic imagery of men having sex together. And enjoying it. However, the story is primarily a romance. Don’t be disappointed if you read pages and pages and pages without encountering acts, organs or orgasms.
more
Amazon Other stores
Bookmark  Rate:

'Learning from Isaac' is tagged as:

Similar books to 'Learning from Isaac'

Buy 'Learning from Isaac' from the following stores: