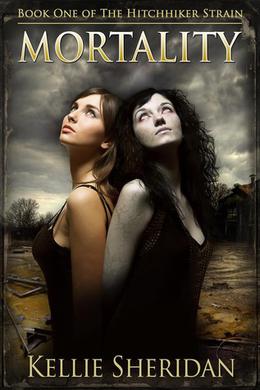 After surviving a deadly plague outbreak, sixteen-year-old Savannah thought she had lived through the very worst of human history. There was no way to know that the miracle vaccine would put everyone at risk for a fate worse than un-death.

Now, two very different kinds of infected walk the Earth, intent on nothing but feeding and destroying what little remains of civilization. When the inoculated are bitten, infection means watching on in silent horror as self-control disappears and the idea of feasting on loved ones becomes increasingly hard to ignore.

Starving and forced to live inside of the abandoned high school, all Savannah wants is the chance to fight back. When a strange boy arrives with a plan to set everything right, she gets her chance. Meeting Cole changes everything. Mere survival will never be enough.
more
Amazon Other stores
Bookmark  Rate:

'Mortality' is tagged as:

The 'The Hitchhiker Strain' series

All books by Kellie Sheridan  ❯

Buy 'Mortality' from the following stores: