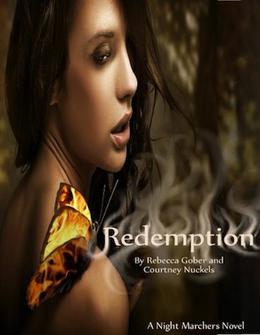 He would endure a thousand deaths for her, but would she let him? Torn between two men that love her, Emma Townsend is forced to make choices no seventeen-year-old should ever be forced to make. With her friends at her side, Emma embarks on an adventure full of danger, deceit and betrayal as she tries to redeem Kai, the man who made the ultimate sacrifice for her. When Emma discovers that setting a Night Marcher free is no easy task, she is forced to make a very unlikely alliance. How far will Emma be willing to go to save Kai, and will she be able to do so before it's too late?
more
Amazon Other stores
Bookmark  Rate:

All books by Rebecca Gober  ❯