Shockingly Seductive (Addicted to You #7) 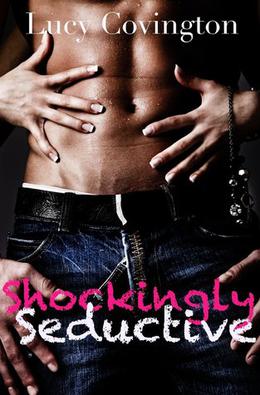 Introducing SHOCKINGLY SEDUCTIVE, the seventh book in the electrifying ADDICTED TO YOU series...

Dangerous. Sexy. Damaged.
These are the words used to describe Justin Brown.

Intelligent. Capable. Responsible.
These are the words used to describe Lindsay Cramer.

Irresistible. Addicting. Passionate.
These are the words used to describe their relationship.

Good girl Lindsay Cramer has her life completely in order, and she keeps her goals on a checklist -- obtain scholarship to Ivy League University, finish undergrad, and move on to med school. She’s worked hard to get where she is, and she’s determined not to let anything – or anyone -- get in her way.

But when the two of them are together, Lindsay can’t help but lose herself in him. It’s the way his eyes burn when he looks at her. The way his smile makes her dizzy. The way his hands feel on her body.

Soon, Lindsay and Justin are completely addicted to each other. But when their dangerous game culminates with Lindsay having to make a shocking choice, will she be able to keep JB in her life? And if so, will she lose everything in the process?

***SHOCKINGLY SEDUCTIVE is the seventh episode of a new series, ADDICTED TO YOU, with episodes releasing every week. It is for a mature audience, due to sexual situations and language.***
more
Amazon Other stores
Bookmark  Rate:

'Shockingly Seductive' is tagged as:

The 'Addicted to You' series