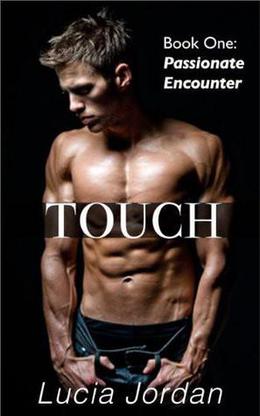 This is the first book of the 'Touch', series by Lucia Jordan. Written with her signature style of high passion, emotion and great sex.

Kelly Miller had had enough of her cheating boyfriend, his lack of ambition and his habit of tearing her down. She tosses him and all his stuff out and swears off men forever just as the devastatingly handsome Michael Adams shows up in her life. Michael is her boss and he’s used to being in charge, but can he take charge of this feisty and wounded woman? Their relationship grows while their sex life explodes and after a revelation, Kelly realizes that perhaps Michael, the dominant and powerful man, is as wounded inside as she is.

'Touch: Passionate Encounter' is tagged as: