Spirits in the Trees (The Spirits Trilogy #1) 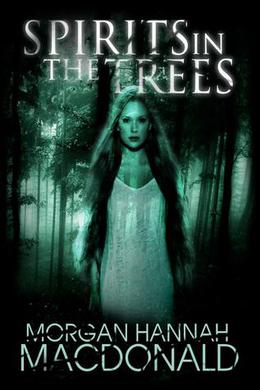 An abandoned house, a serial killer, and a victim reaching out from the grave. A woman races against time to unearth buried secrets before she becomes a ghost herself.

YOU ARE NOT ALONE

Madeline Anderson goes to Isabelle Island, Washington, to sell a family home abandoned over forty years before. Strange things occur the moment she steps on the property. Inside the dilapidated old house, items move about on their own accord. Noises come from empty rooms. She has a vivid, recurring dream of a woman running for her life. The wind rustling through the trees sounds like urgent, murmuring voices. When the cacophony dies down, one single word emerges: Madeline, Madeline, Madeline.

YOU CAN NOT HIDE

At first, Doug Lindstrom, the hot fireman helping Maddy restore the old home, doesn't believe anything bizarre is going on. He’s certain Maddy is jumping at shadows because the local kids call the house haunted. That is until he witnesses horrific violence he can't explain. After Maddy’s life is threatened not once, but twice, Doug vows there will not be a third time.

While searching for answers, Maddy uncovers astonishing secrets about her aunt's past. Finding more questions then answers, she digs deeper until she stumbles across evidence of a cold case involving a serial killer named The Seaside Strangler. Now Maddy must unmask the killer. The life she saves just might be their own.

DON'T FORGET TO PICK UP THE NEXT SPINE TINGLING BOOK IN THE SPIRITS TRILOGY: SPIRITS AMONG US
AVAILABLE NOW!
more
Amazon Other stores
Bookmark Rate Book

The 'The Spirits Trilogy' series

Similar books to 'Spirits in the Trees'

Buy 'Spirits in the Trees' from the following stores: