by John A. Heldt 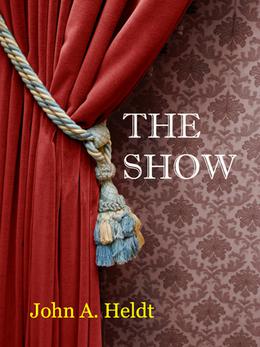 Seattle, 1941. Grace Vandenberg, 21, is having a bad day. Minutes after Pearl Harbor is attacked, she learns that her boyfriend is a time traveler from 2000 who has abandoned her for a future he insists they cannot share. Determined to save their love, she follows him into the new century. But just when happiness is within her grasp, she accidentally enters a second time portal and exits in 1918. Distraught and heartbroken, Grace starts a new life in the age of Woodrow Wilson, silent movies, and the Spanish flu. She meets her parents as young, single adults and befriends a handsome, wounded Army captain just back from the war. In THE SHOW, the sequel to THE MINE, Grace finds love and friendship in the ashes of tragedy as she endures the trial of her life.
more
Amazon Other stores
Bookmark  Rate:

'The Show' is tagged as:

Similar books to 'The Show'

Recent books by John A. Heldt

Buy 'The Show' from the following stores: