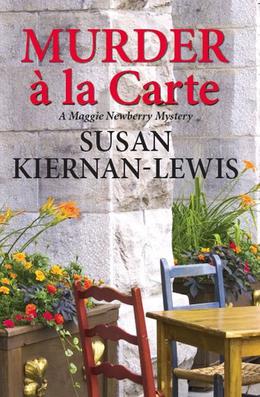 When her boyfriend inherits an ancient vineyard in France, Maggie Newberry quits her job in Atlanta to accompany him for a year abroad. They settle in the tiny village of St-Buvard, but murder has gone long before them and follows close behind.

The serenity of the picturesque French village was shattered 50 years earlier when an English family was brutally murdered on the steps of Maggie and Laurent's house. Shortly after their arrival, history repeats itself in the vicious murder of one of their dinner guests--a fellow American with a penchant for disrupting the seemingly sleepy village. When Maggie investigates the old and the new murders, she finds that--as quaint French villages go--maybe St-Buvard isn't so charming after all.
more
Amazon Other stores
Bookmark  Rate:

All books by Susan Kiernan-Lewis  ❯