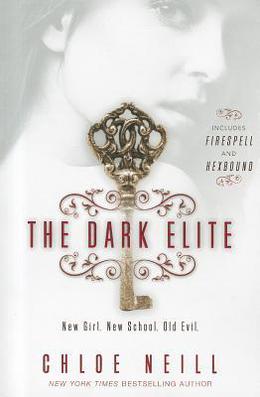 The first two novels of the Dark Elite series--Firespell and Hexbound.

As the new girl at St. Sophia's boarding school, Lily Parker thinks her classmates are the most monstrous things she'll have to face. In Firespell and Hexbound, she'll find out just how wrong she is, as she falls in with a group of rebel teens defending Chicago from vampires, demons, and the corrupted magic users known as reapers.

Slaying It
Slaying It
(Chicagoland Vampires #13.5)

All books by Chloe Neill  ❯